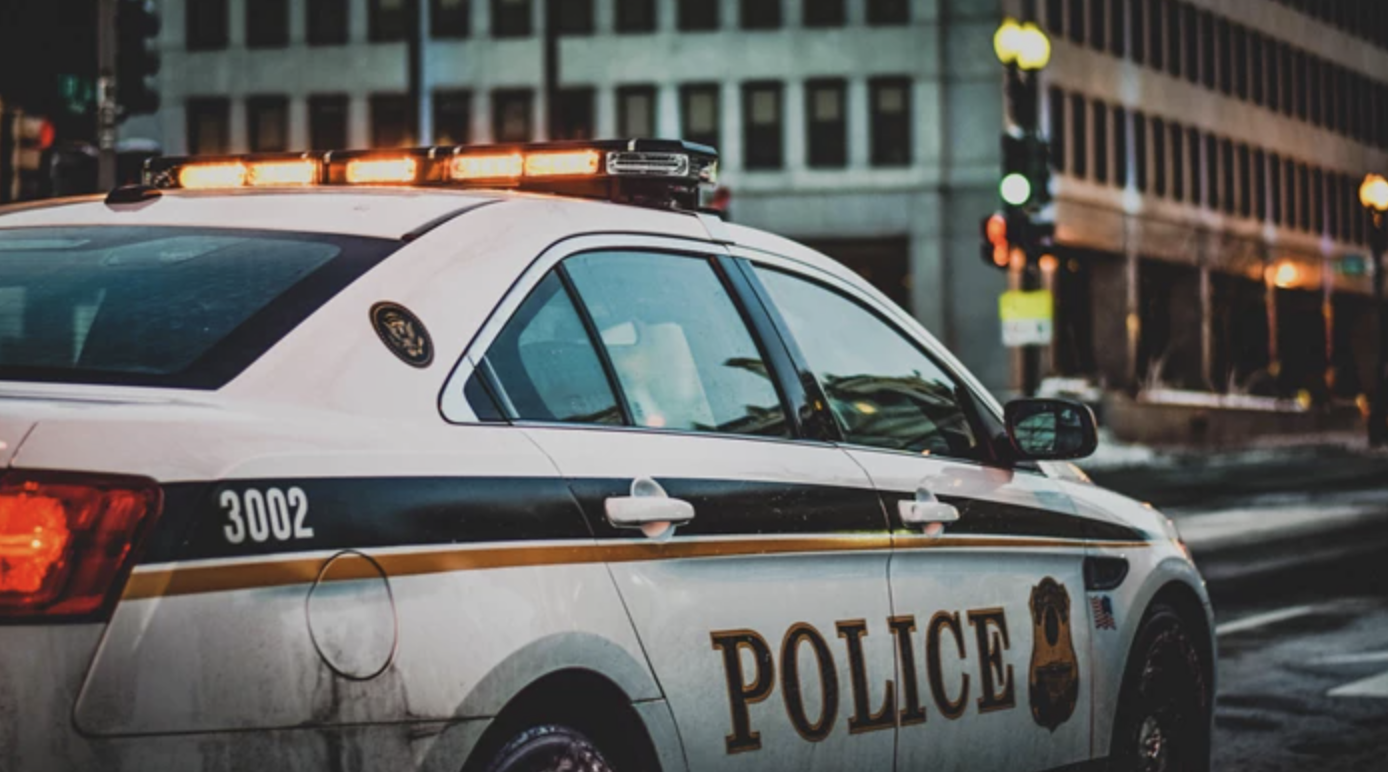 Asian American Leaders on Atlanta Murders: “I Want You to Step In”

The Better Samaritan asked eight leaders what they want the church to know right now.

What do you most want churches and church leaders to either know about or do in response to the increased racism and violence in the U.S. against the Asian American community during the pandemic – and the murders this week in Atlanta?

Anti-Asian violence falls in line with a long history of racism that we have seen against Asians who bear the image of God. The Atlanta-area massacre is a single link in a long chain of spiritual deformation that has plagued the church in the United States. The fact that the suspect was discipled in a white evangelical church (SBC) should lead us to pause and reflect – especially as it seems to continue the pattern of anti-Asian violence that has spiked during the pandemic. Too many white evangelical churches, denominations, and entities have not only inherited the problems that the sin of racism has forged, but perpetuated them. Lamentably, any honest look at history will reveal that the church has been the soil for many of the harmful attitudes and perspectives leading to many of the racial injustices we see today. What we need is true repentance – a complete turn around – that separates whiteness and nationalism from Christianity. It is only then that we will be able to bear a true gospel witness to the kingdom of God. We need a discipleship that takes into consideration the real impact of racialization and racism – including the racism directed at Asian Americans. When others don’t speak up, teach, and disciple their people away from racism, the more the burden falls on Asian Americans to.

The March 16th massacre is the result of intersectional causes. The suspected shooter, Robert Aaron Long, is a self-identified Christian nationalist, he had a sex addiction and he wanted to kill Asians. Do not believe the myth that this attack was not racially motivated. Long’s passion for God and country is interwoven with both misogynistic and xenophobic ideologies. If the church truly desires to address anti-Asian violence in our country, it will need to first confess its own failure in discipling its congregants out of Christian nationalism as well as its failure to discern between truth and falsehoods about women and minorities in our country. Nationalism as well as hate against women and Asians are all idols that the church must be stripped of before it can ever become a vehicle of healing and hope.

The increase in violence reflects the reality that we’ve become casual about letting violence live in our hearts. Casual racism towards Asian Americans, the unexamined beliefs of certain stereotypes, or the degradation of the imago dei in Asian American bodies—the tolerance of small “hates” lead to the conditions that result in violence against Asian Americans.

Asian Americans live in the shadows. They are invisible in many American communities. And I think that the black-white binary of many racial conversations has erased a lot of important nuance. The AAPI community is very diverse, not joined by a common language, common faith, or a common immigration story. But despite how diverse, the sense of kinship felt across differences is huge—when the community in Atlanta is attacked, it feels like an attack on our local community.

Jeff Liou, co-author of the AACC “Statement against Anti-Asian Racism in a Time of COVID 19”:

Sexualized and racialized violence obtain their deadly foothold and are nurtured in the human imagination – the very part of human life and experience that the church is responsible to shape and engage through its rhythms and practices. Repentance for the church’s inattentiveness – too often willful—is a bill that is past due, and women of color deserve to collect on it. So is a critical audit of the systems and structures that continue to push racial and sexual violence to the side of congregational life. In fact, if staffing changes are a non-starter for your organization, that is likely a symptom of the organization’s resistance to prioritizing the gospel’s confrontation with the strongholds of white supremacy and patriarchy. So, it’s past time for churches to draw the straight line of responsibility that connects racial and sexual violence to their theologies, practices, and personnel. If, upon reading this, you feel paralyzed by blame and shame, you’ve missed the point. Beware the factions that would welcome those whose paralysis broadens the ideological inaction. But most of our readers are people of genuine good will who desire to “not grow weary in well doing.” You can begin if you will.

The silence from the evangelical church regarding the wave of anti-Asian violence that has been rising since last March has been deafening. American Christians are bound to their Asian American brothers and sisters of faith through our shared spiritual adoption into the family of God, and yet we remain the forgotten siblings or long-lost cousins, many times removed to the point of invisibility. This year, Asian Americans have been carrying both the weight of the pandemic as well as the burden of seeing our community targeted, attacked, and killed, and yet our laments, wails, and pains often remain unaddressed and ignored in evangelical churches and organizations. What Asian Americans need to see is an honest and holy reckoning happening in the church, to understand and acknowledge that the roots of evil undergirding racial hatred go deep within our nation and in our congregations. The church’s lack of engaging in the needed processes of self-reflection and corporate ownership of these sins has led to generations upon generations continuing to propagate them. While previous generations of Asian Americans may not have had the language or agency to express their grief and anger and to actively stand against these evils, the same is no longer true; we will remain silent no more. What remains unclear is whether our fellow Christian family members will join their voices with ours, or whether they will leave us to fight this battle without the solidarity of the body of Christ.

Lately, my conversations with pastors, ministry leaders, and professors have uncovered that many non-AAPI Christians are hearing about anti-Asian racism and violence for the first time— even though there are countless AAPI Christians on their staffs or under their care. This shows me that in many Christian institutions, inclusion has not necessarily led to recognition or meaningful representation, much less any substantial challenge to the demonic stronghold of white supremacy. In fact, many AAPI Christians I’ve counseled lately are quick to point out that most churches and Christian institutions lag far behind so-called secular institutions and corporations in this regard. My own experience has proven this true: non-Evangelicals and non-Christians have proven themselves more cognizant that AAPI’s are not a monolith, that #BrownAsiansExist, and that colonialism is not in the distant past. If our churches and institutions are going to rise to this moment as we hope and need them to, AAPI leaders need to be empowered and well-supported to bring their communal histories and bodies into their pulpits and classrooms. Especially as anti-Asian racism continues to grow unchecked, inclusion without empowerment is closer to complicity.

My eyes are swollen from crying. My fingers are landing heavy on my computer keyboard in equal parts anger and deep sadness. My community is reeling from another violent crime committed against us. Wave after wave. 3,800 anti-Asian incidents of hate reported during this pandemic. My friends and their children have been yelled at and called names. I fear for my elderly parents. For my daughter. For myself.

I want you to know. Learn Asian American history.

I want you to see. Stop erasing. Stop seeing us as the perpetual foreigner.

I want you to care. Don’t write off these murders as a stand-alone act committed by a sex addict. Every act of terrorism at the hands of white men is portrayed in media as an individual act by a troubled victim.

I want you to step in. Commit to speaking up anytime you witness anti-Asian sentiments—in your family, among your friends, and out in public.

I want you to address violence against the AAPI community. Teach, train, equip and disciple believers to honor all of God’s image bearers.

I want you to state from the pulpit, on social media, in no uncertain terms, that you stand with us.

I want you to know we are hurting and tired.

Words matter. Words spoken from positions of power, whether from our political leaders, the media, and yes, our religious leaders. If persons of influence have stated words that have created a dysfunctional understanding of one another (as a peril, as a virus, as a disease, as less than human), than those words will not return empty. And if there has been a explicit, implicit, tacit, or “wink, wink” affirmation or non-confrontation of those words, than there must be accountability as well.

Will the American church lament with the Asian American community? Will a lament be lifted up in confession of how this specific type of violence affronts the holiness of God. Humanity was created in God’s image. To put down one specific people group is a theological violation of God’s pronouncement. The hubris that allows the dominant culture to define Asian Americans in a negative and diminishing light must be confronted by God’s people and to seek ways to restore and repair the damage that has been done by explicit complicity and tacit acceptance.

Read “Asian American Leaders on Atlanta Murders: ‘I Want You to Step In'” on Christianity Today here.